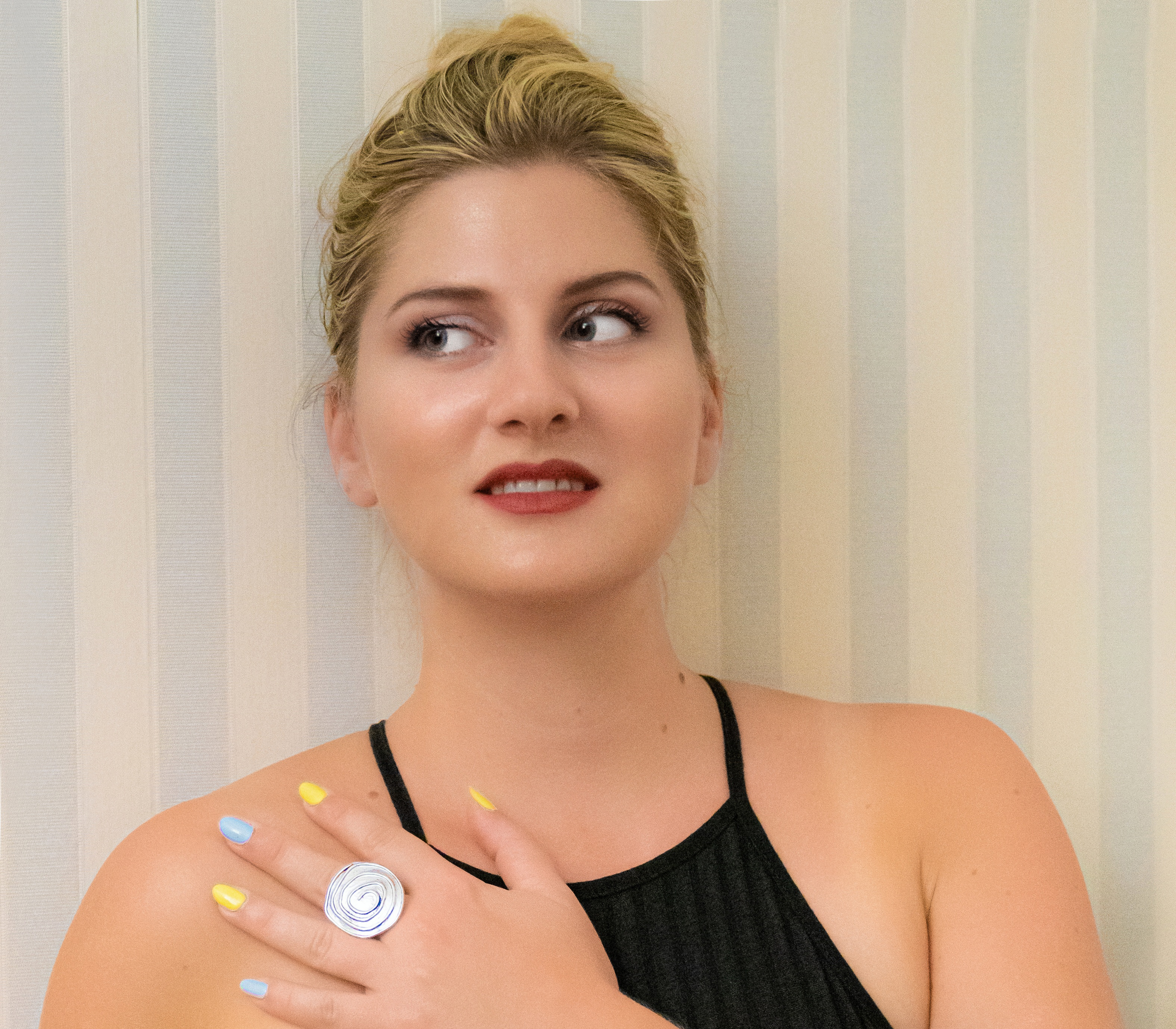 Born in Slovenia in 1987 she started playing classical piano at the age of 10. She began composing, songwriting as well as performing when she was 13. Selected as one of the most prominent young Slovenian talents, her first breakthrough was the performance on ‘Najstfest 2005’ in Ljubljana, Slovenia. She first got involved in groups as a backing vocalist and keyboard player, however soon she was discovered by the manager of an artistic community  – she became the lead vocalist and co-founder of a popular acid jazz-funk ensemble called Difaso.

The group was active from 2006 till 2010, becoming one of the most prominent young Slovenian bands on-scene, recording and making video for one of their songs, a hit entitled ‘Kaj Skrivas’. For a few years she was performing with Difaso and other disco cover bands as a frontman singer, in Difaso also as a lyricist and a co-arranger ; as well as performing for the Slovenian television show « Hri-bar ». Later she became one of the in-house singers for the popular “Piramida” live broadcast show.

In 2008 Karin got involved with jazz music for the first time as she attended the summer jazz workshop ‘Jazz Kamp Kranj’ which she later will participate in yearly. At this point she discovered the culture of jazz, working with mentors Ines Reiger, Emil Spanyi, Christophe Bras, Bosko Petrovic, Primoz Grasic, Heinz von Hermann etc. Getting more and more into jazz, she successfully entered the conservatory of Ljubljana in Slovenia and the Conservatoire de Paris in France where she studied with mentors like Sara Lazarus, Guylenn Delassus, Marc Thomas, Cecile Bonardi, Luigi Grasso, Nicolas Dary etc.

In 2014 Karin entered the “Musiques Actuelles Amplifiées” department of the Paris Conservatoire and Sorbonne University in Musicology to expand her knowledge. With mentors like Yvan Cassar, Emil Spanyi, Pierre Bertrand (jazz harmony and arrangement), Arnaud Vernet (vocal coaching), Karin developed skills not only as a singer but also as an arranger, composer and producer. In 2017 she obtained the two diplomas, Diplôme National Supérieur de Musicien Professionnel (Conservatoire CRR de Paris) and Bachelor degree in Musicology (Paris-Sorbonne).